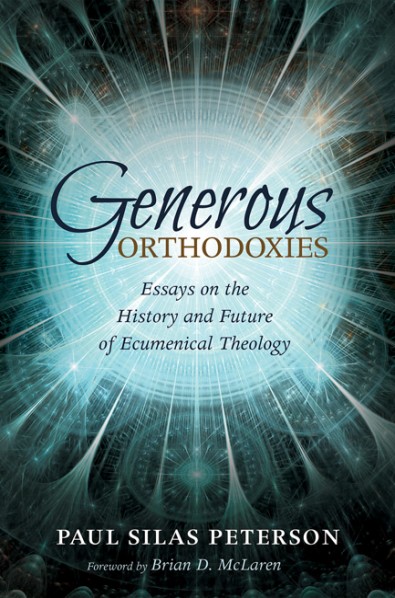 I’ve a chapter out in a new book edited by Peter Silas Peterson called Generous Orthodoxies (Wipf & Stock), which looks at various 20th century theologians from various confessional traditions who crossed boundaries, redefined their confessional identities, and mediated between divided constituencies in their work.

I was asked to write on the American theologian and historian of ideas, Hans W. Frei (1922-1988), who, though not an ecumenist in the usual sense, nevertheless fits this description well, and forwarded and developed the concept of generous orthodoxy that gives its name to this collection.

The phrase has been widely used since Brian McLaren popularised it in his book of 2005 (A Generous Orthodoxy). It’s been popularised on probably an even wider scale by Malcolm Gladwell in a recent episode of his podcast, Revisionist History. It’s particularly interesting to see its popularity in the context of theological training in the UK, for example. A number of other Anglican colleges identify with it in this piece in the Church Times from March 2016.In these different contexts, the term is used in quite different ways, most of them referencing Frei as its originator.

McClaren’s sense of Frei’s meaning is mediated by the evangelical theologian Stanley Grenz, in his Renewing the Center, where, as McClaren summarises it, generous orthodoxy is defined by its opposition to the pursuit of certainty by both liberals and conservatives and McClaren describes his own project as post-critical, emergent and ancient/future, integrating the good from Christian traditions, and re-aligned with Jesus. Gladwell summarises Frei’s stance as being at once committed to tradition and open to change, advocating finding middle ground as the way to live our lives, ‘because orthodoxy without generosity leads to blindness, and generosity without orthodoxy is shallow and empty’, a difficult balance to achieve. In the Church Times piece Paul Wilkinson (who does not reference Frei) describes it an approach to theological education that holds different traditions together with respect for each of them.

In fact, Hans Frei may not have invented the term ‘generous orthodoxy.’ In some biographical notes, he associates it with his Yale teacher, Robert L. Calhoun and with the Anglicanism he discovered later in his 20s. But it is a term he used to describe what he was about. Given the varied and widespread ways in which Frei is appealed to in order to give the term a lineage, it may be illuminating to go back and see what he meant by it. While all none of these uses is entirely alien to Frei’s purposes, none really gets to the heart of his project, which is what I try to describe in the chapter.

Frei used the term most clearly in his response to a lecture by the conservative evangelical theologian (and founding editor of Christianity Today) Carl F.H. Henry, in which Henry took aim at ‘narrative theology’ as he saw it.  One of the things Frei does in the response is try to describe what he was trying to do in his work. He tells Henry that he saw Christians in the US divided not so much along denominational lines as into ‘schools of thought’. What was needed, he suggested, was a kind of ‘generous orthodoxy which would have in it an element of liberalism… and an element of evangelicalism’; a voice between Christianity Today and its older progressive liberal counterpart, Christian Century. Frei implies that this is what he was aiming at both in his most famous book, The Eclipse of Biblical Narrative, and in the project he was then engaged in (which he left incomplete at his death, but which is reflected in the essays and lectures posthumously published in Types of Christian Theology and Theology and Narrative). This is the passage which is usually cited by proponents of generous orthodoxies who reference Frei, but to understand its import, you need to see it in the context of his work.

At the heart of Frei’s work is a search for what provides Christianity with an enduring identity across its highly varied historical forms, the question of the essence of Christianity that has long preoccupied modern theologians in the West. Frei’s conception of that essence changes from Eclipse to the later texts: in the former, it is the ‘history-like’ or realistic meaning of (chiefly) parts of the gospel narratives (their cumulative rendering of characters in and through their interaction with one another and their circumstances in chronological sequence); in the latter, it is the basic, minimal, flexible norms embedded in Christian reading practices that prioritise those same stories and identify the character Jesus of Nazareth as their subject (core elements of what Frei called ‘the literal sense’).

In Eclipse (to summarise a highly complex text with several strands of argument), Frei is concerned with the way both liberal and conservative theologies lost sight of that realistic narrative meaning because of the way they let various theories of meaning and reference govern their interpretation, for apologetic reasons. Disagreements between liberals and conservatives were about whether the NT stories about Jesus were to be taken literally, whether they were historically reliable, and whether this putative historical revelation was essential to salvation. Underlying the differences was a broad consensus of apologetic strategy (in which Jesus is the answer to a universal need) and hermeneutical approach (which tended to interpret the meaning of the stories as factual claims), in which both were in significant discontinuity with their pre-modern forebears. Frei espied there (and pursued in The Identity of Jesus Christ) a new way of returning to the realistic meaning of the gospels, and the central character whom they rendered to the imagination, whose identity cannot be separated (he argued) from his presence.

In Types of Christian Theology, Frei offered a typology which analysed the hermeneutical consequences for the literal sense of different ways of resolving the particularist and universalistic orientations of Christian theology through different ways of relating theology to other academic disciplines and their public character. In Frei’s typology, liberal and conservative can be found together, for example, in his Type 2, where publicness is secured by a systematic correlation of Christian meanings to general criteria of meaning and truth supplied by a philosophical scheme, at the expense of the literal sense. The typology focuses on Friedrich Schleiermacher and Karl Barth whom, Frei argues, are closer on these terms that one might imagine, each resolving the question of priorities between particularity and publicness in different, equally defensible, subtle ways which sought to uphold the literal sense. The effect is to de-centre the liberal/conservative polarity altogether, to suggest the real issues lie elsewhere and deeper than the differences we allude to with those labels.

The generous orthodoxy Frei sought was a way of carrying forward the central focus of Christian communities of various persuasions on the narrated figure of Jesus, as the chief clue to the identity, presence and providential purposes of God, the character and political witness of Christian communities, and the discipleship, ethics and political participation of their members. It would be orthodox in its orientation to Jesus Christ as its primary focus. It would be generous in prioritising this story so read over doctrines, but also in the manner of communal and individual life which patterned itself after the subject of those stories, and interpreted the ethical demands of its circumstances by the light of Christ’s identity as the clue to God’s providence. For Frei, that belief in Christ as the key to God’s governance of history had an affinity with a ‘carefully circumscribed progressive politics.’

To that end, Frei recommended that Christian theologians attend to the practice of Christianity in community in light of the story of Jesus as the centre of the scriptural witness. This is, he contends, a story whose rationality, meaningfulness and truth emerge from its rendering of its  central subject as one who is an irreducibly particular character and whose particular identity is inseparable from his being alive, from his existence, from his presence in Word and Sacrament, in community and public history, and in the poor. Its is a rationality, meaningfulness and truth which may be partially and publicly described in its coherence by borrowing concepts and bending their meanings to its logic, but which is also a truth to be lived out and discovered in the living. By examining the lives of Christian communities in light of this story, its rationality and truth, Christian theology, for Frei, helps Christians learn to live more faithfully in their times and places. To that end, such theology may and must converse with interpretive schemes, theories, and conceptual languages, especially those which allow and attend to historical human agency its integrity in context, but ties itself systematically to none.

You can find out more in the chapter, and I explore these and other themes (not least the political character of Frei’s theology) in greater depth in my next book, God’s Patience and our Work (to be published with SCM Press).

Senior Lecturer in Systematic Theology at the Dept of Theology and Religious Studies, University of Chester, UK. View all posts by Ben Fulford